The Kitchen Is Closed: And Other Benefits of Being Old (Paperback) 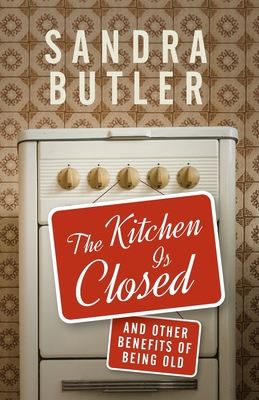 The Kitchen Is Closed: And Other Benefits of Being Old (Paperback)

In her eighties, Sandra Butler does not identify as elderly. Or mature. She's neither plucky nor a burden, and she's not over any hills. She's old, and she's ready to reclaim that word.

In this funny and intensely personal collection of essays, Butler chronicles her experience moving from aging to old, remembering and forgetting all the wrong things, feeling frustrated with technology, keeping up with the avalanche of cultural and political news, mothering two middle-aged daughters, surveying her old body, and ultimately, preparing for her death.

With its sharp humor and refreshing honesty, The Kitchen Is Closed is a must-read for aging women, eldercare workers, and adult children who want to gain a fuller sense of their mother's life. Old women are cast aside in white American culture, Butler argues, and it's both disheartening and disrespectful. Butler is not a senior-she's a mother, a lesbian, a Jew, a feminist, and at times, a "rabble-rousing hectorer." And now that her time is running out, Butler doesn't mess around with things that don't matter. She is supremely motivated, and she's so much braver than ever before.