Craft of the Hedge Witch: A Guide to the Solitary Path (Paperback) 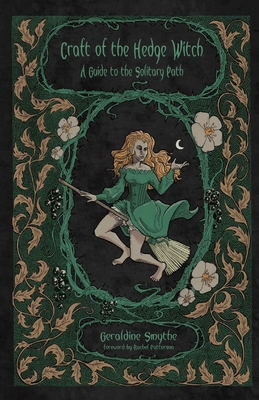 Craft of the Hedge Witch: A Guide to the Solitary Path (Paperback)

By Geraldine Smythe, Rachel Patterson (Foreword by), Wycke Malliway (Illustrator)
List Price: $18.95
Our Price: $17.06
(Save: $1.90 10%)
Usually Ships in 1-5 Days
The Hedge Witch's magic is based on seamlessly shifting themselves into the twilight plane, where miracles are commonplace and their magic flows freely. As a newer amalgam emerging from and within the traditional paths, Hedge Craft draws from the most pragmatic aspects of witchcraft and shamanism, giving the witch a deeper understanding of their power and practical methods to access their potential. The beginner Witch and seasoned practitioner will benefit from the ideas, theories, and magical workings presented herein. Within this book, the reader will be introduced to methods of obtaining one's key, which is their own personal word or phrase used to induce the shift away from the world of agreement, the mortal world, into the world of otherness. Within this altered state of being, magic may be realized and experienced with greater potency and the spirits who inhabit this world may be found to manifest with greater ease.