The Definitive Guide to Raising Koi: The Ultimate Guide for Koi Breeding (Paperback) 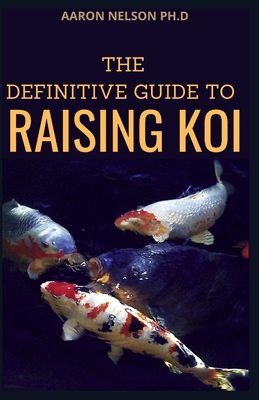 The Definitive Guide to Raising Koi: The Ultimate Guide for Koi Breeding (Paperback)


Backordered
This book is about the ornamental fish. For the Aboriginal Australian people sometimes known as Koi. Koi (鯉, English: /ˈkɔɪ/, Japanese: koꜜi]) is a colored varieties of the Amur carp (Cyprinus rubrofuscus) that are kept for decorative purposes in outdoor koi ponds, water gardens or aquariums. The word of koi comes from the Japanese pronunciation of the common character between Japan and China 鯉 meaning carp. Koi, also called Nishikigoi, is the Japanese pronunciation of the common word between Japan and China 錦鯉 meaning brocade carp.Koi is an informal group name of the colored variants of C. rubrofuscus. There is a description of koi with color variation in ancient Chinese literature, but many varieties of koi for ornamental purpose, which are now known around the world, originated from the breeding that began in Niigata, Japan in the early 19th century during the Edo period. Several varieties are recognized by the Japanese. Koi varieties are distinguished by coloration, patterning, and scalation. Some of the major colors are white, black, red, orange, yellow, blue, and cream. The most popular category of koi is the Gosanke, which is made up of the Kohaku, Taisho Sanshoku, and Showa Sanshoku varieties.