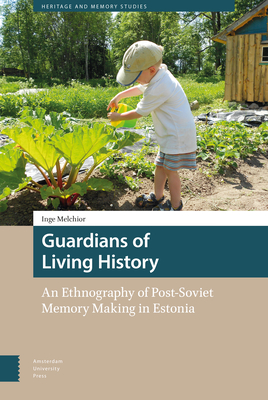 
Difficult to Find
Guardians of Living History: An Ethnography of Post-Soviet Memory Making in Estonia interrogates how people living in a society with an extremely complicated, violent past, only a short history of independence, and a desire to belong to Europe engage with the past, both within their families and as members of a national community. In line with other scholarship on memory, this book shows that many Estonians desire an established collective story, as they live in a society where their national identity is quite regularly under threat. At the same time however, that same closure is perceived to pose a threat to the survival of Estonian culture and independence. Guardians of Living History provides an intimate insight into the lives of Estonians from the countryside, former deportees, young intellectuals, and memory activists, who all in their own ways act as guardians of a national history: a history which they wish to keep alive, apolitical, and as close to their family stories as possible.
Dr Inge Melchior defended her PhD thesis in the Social and Cultural Anthropology department of the VU University Amsterdam in 2015. She has published on her ethnographic fieldwork in Estonia as well as on her later applied research experience. She currently works at Maastricht University.