The Weavers: The Curious World of Insects (Paperback) 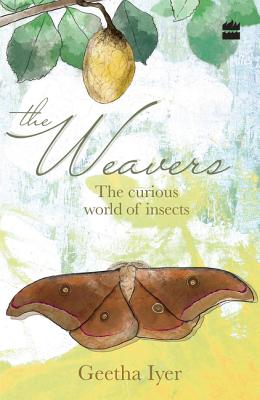 The Weavers: The Curious World of Insects (Paperback)

A remarkable book about the natural history of insects

Did you know? - Dance flies of the family Empididae court their mates by presenting them with silk-wrapped prey. - Some moth-caterpillars will walk only on a path of silk - something humans can certainly aspire for - Insects were spinning silk 150 million years ago, even if it has been only 5000 years since humans discovered it Silk, perhaps the most ubiquitous luxury item, is produced by one of Earth's grittiest species which has found ways to cope with a changing world. Since life evolved on this planet, there have been five major extinctions, but insects - since their arrival 400 million years ago - have not been amongst them. How have insects survived when species after species is going extinct. In a world faced with cataclysmic environmental changes, there is an increasing amount of interest in knowing the secrets of their survival. In The Weavers, silk forms the central motif of an enquiry into the life of insects, their management practices, their mating rituals and ways of life. Generously sprinkled with oddities and eccentricities, this book is an invitation into their fascinating world.