The Radical Right: Politics of Hate on the Margins of Global Capital (Studies in Critical Social Sciences #237) (Hardcover) 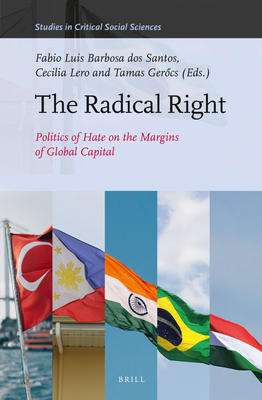 The Radical Right: Politics of Hate on the Margins of Global Capital (Studies in Critical Social Sciences #237) (Hardcover)


Difficult to Find
This book discusses five cases of hatred politics on the margins of global capital: Turkey under Erdogan (assumed office in 2003), Hungary under Orb n (assumed office in 2010), India under Modi (assumed office in 2014); the Philippines under Duterte (assumed office in 2016) and Brazil under Bolsonaro (assumed office in 2019). How did they come to power? What strategies of legitimation do they employ? What resistances do they face? Country case studies lay the foundation for a systematic comparison that illuminates the key dynamics of this novel political form. Analyses of their responses to the Covid-19 pandemic further shed light on their methods in a time of crisis and a chapter that considers the Trump presidency indicates how we can understand these leaderships given their pronounced counterpart in the Global North - and vice-versa. This is not a mere collection of texts commissioned from specialists, but the result of a two-year-long collective endeavor: an international taskforce to respond to a global phenomenon.