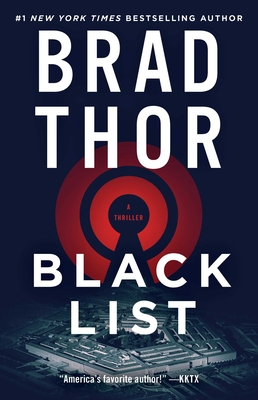 This is book number 11 in the The Scot Harvath Series series.

Somewhere deep inside the United States government is a closely guarded list. Members of Congress never get to see it—only the President and a secret team of advisors. Once your name is on the list, it doesn’t come off…until you’re dead.

Somehow Harvath must evade the teams dispatched to kill him long enough to untangle who has targeted him and why they want him out of the way.

Somehow, somewhere, someone can put all the pieces together. The only question is, will Harvath get to that person before the United States suffers the most withering terrorist attack ever conceived?
Brad Thor is the #1 New York Times bestselling author of twenty-two thrillers, including Black Ice, Near Dark (one of Suspense Magazine’s Best Books of the Year), Backlash (nominated for the Barry Award for Best Thriller of the Year), Spymaster (“One of the all-time best thriller novels” —The Washington Times), The Last Patriot (nominated Best Thriller of the Year by the International Thriller Writers association), and Blowback (one of the “Top 100 Killer Thrillers of All Time” —NPR). Visit his website at BradThor.com and follow him on Facebook at Facebook.com/BradThorOfficial and on Twitter @BradThor.