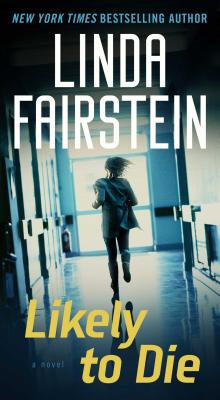 By Linda Fairstein
List Price: $9.99
Our Price: $8.99
(Save: $1.00 10%)
Not Yet Published
New York Times bestselling author Linda Fairstein’s “Grisham-esque page turner” (Time) puts smart and savvy assistant D.A. Alexandra Cooper directly in the line of fire as she tries to find a killer in the oldest and largest hospital in New York City.

New York City’s oldest and largest medical center is the scene of a ghastly attack: top neurosurgeon Gemma Dogen is found in her blood-soaked office, where she has been sexually assaulted, stabbed, and designated by the cops as a “likely to die.” By the time Alex has plunged into the case, it’s a high-profile, media-infested murder investigation with a growing list of suspects from among those who roam the hospital’s labyrinthine halls. As Alex’s passion to find the killer intensifies, she discovers this hospital is not a place of healing but of deadly peril—and that she is the next target for lethal violence.

The real-life work of sex-crimes prosecutor Linda Fairstein brought “riveting authenticity” (Vanity Fair) to her bestselling debut novel, Final Jeopardy. Now in this high-style thriller that sweeps from Manhattan to London to Martha’s Vineyard, Likely to Die is an exhilarating tale from a justice system insider and provocative novelist.
Linda Fairstein was chief of the Sex Crimes Unit of the district attorney’s office in Manhattan for more than two decades and is America’s foremost legal expert on sexual assault and domestic violence. Her Alexandra Cooper novels are international bestsellers and have been translated into more than a dozen languages. She lives in Manhattan and on Martha’s Vineyard.