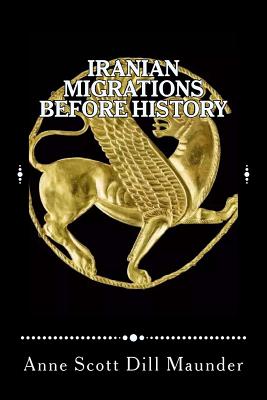 
Usually Ships in 1-5 Days
Anne Scott Dill Maunder's rare and impressive 16-page Paper 'Iranian Migrations Before History' was published in 1916 in Sceintia's Journal. The Paper researches two migrations of the Aryans - from the Arctic Circle Southwards to Punjab, India and thereafter Westwards. ASD Maunder uses her Astronomical skills to analyse and discover that the first two chapters of the Vendidad or 'Laws Against the Daevas' describe Astronomical and weather conditions vastly different from their later settlement in the Persian-Afghanistan plateau. Brilliant and articulate, she makes a convincing proposition that it was the Arctic Circle which was habitable and the original home of the Aryans - and also from where they originated before migrating southwards to India and Iran. Anne Scott Dill Maunder was born on April 14, 1868 at Strabane and died on September 15, 1947, Wandsworth, London.