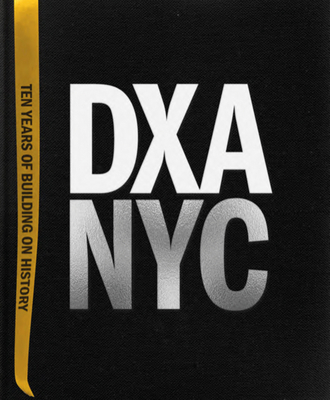 By Dxa Studio, Jordan Rogove, Wayne Norbeck
List Price: $60.00
Our Price: $54.00
(Save: $6.00 10%)
Usually Ships in 1-5 Days
Building a city is an ongoing, additive act of creativity. Urban centers are continually being made and remade; they are palimpsests of the values, technologies, ingenuity, and aesthetics of times that precede ours and that were vital in shaping our present. The evolution of the city depends upon designers' ability to find ways to preserve this past, while shaping a rich and resilient ecosystem for the future. Whether designing carefully considered ground-up buildings or adapting older buildings for new life, building on history is a fundamental base for contemporary practice. This monograph explores the profound relationship between the past and future of architecture that defines DXA Studio's practice. The book presents 14 projects that embrace history as a critical influence; they use New York City as a laboratory to implement this approach that acknowledges context and constraint as constructive, rather than restrictive. Integral to its time and place, such architecture offers a distinctive identity, clarity, and timelessness to the urban fabric. The through line connecting the projects is DXA's interest in the transformative power of architecture. When well-conceived and expertly crafted, buildings can be more than the sum of their materials. They activate the city in a meaningful way and can change entire neighborhoods, serving as a catalyst for growth and vitality. Dispersed throughout the book are text pieces that contextualize the work and bring in the voices of leading thinkers on a variety of topics that support the typologies on display. These include three essays by authors who are experts in their fields, including Russell Shorto (author of The Island at the Center of the World) on The Shape of New York, Judith Zilczer (Curator Emeritus Hirshhorn Museum and Sculpture Garden and Art Historian) on De Kooning's Space about the firm's project at De Kooning's former studio at 831 Broadway, and Patrick Cullina (landscape architect and horticulturalist) on Integrating Dynamic Landscape Design into Collaborative Praxis. There are also four 'conversations' between the DXA partners and prominent thinkers and professionals, including Robert Tierney (former chairman of the New York City Landmarks Preservation Commission), Cas Stachelberg (Preservationist and Partner, Higgins & Quasebarth), Gregory Rogove (musician), and Gregory Wessner (Civic Leader and Executive Director of the National Academy of Design). FEATURED PROJECTS:
280 St. Marks Avenue
Carroll Gardens Courtyard House
Williamsburg Sustainable House
West 81ST Street Church Conversion
Ulmer Brewery
14 White Street
102 Greene Street
47-49 Greene Street
831 Broadway
Essex Crossing
215-225 West 28TH Street
Midtown Viaduct
The Great Bridge