The Guises of the Morrigan: The Celtic Irish Goddess of Battle & Sovereignty: Her Myths, Powers and Mysteries (Paperback) 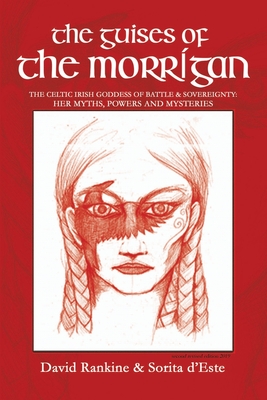 The Guises of the Morrigan: The Celtic Irish Goddess of Battle & Sovereignty: Her Myths, Powers and Mysteries (Paperback)

The Morr gan is probably one of the most magical, formidable and mysterious figures among the Irish gods. She embodies female power and frequently employs her sexuality in the stories told of her. The prevalent image of the Morr gan as a powerful goddess of battle and sovereignty only scratches the surface of this complex and popular goddess.

She is the earth goddess, the lady of the beasts and the faerie queen; she is the shapeshifter, an enchantress and the goddess of war. More than any other Celtic deity the Morr gan embodies the resurgence of the divine feminine, appearing in a wide variety of guises to express the full spectrum of feminine power. The strength and control the Morr gan displays, as well as her ferocity and tenacity, and her ability to control events to ensure the desired result are all displayed repeatedly in the myths. As a liminal goddess, the Morr gan connects not only the different realms of earth, sky, sea and otherworld but also many of the legends of the British Isles through her numerous forms.

The Guises of the Morr gan presents a collection gathered from folklore, mythology and literature about the attributes of this formidable, resilient and timeless goddess. Her legends, history and presence in the landscape and folklore of Ireland (and further afield) continue to inspire strength and admiration today.