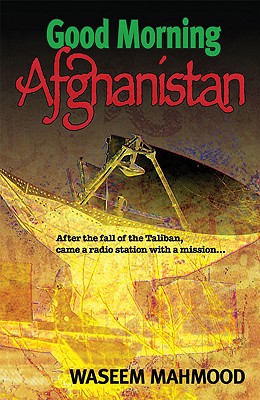 
Difficult to Find
Waseem Mahmood lost almost everything when his brother broke a confidence and filed a story in the world's highest circulating tabloid newspaper, the News of the World. He feared he would never work in broadcast media again, and history intervened with the events of 9/11, the attack on Afghanistan, and the fall of the Taliban. Headed by Mahmood, a group of local and foreign journalists responded to the events by producing a radio program based in Kabul to disseminate much-needed and, for the first time, uncensored information to the country’s people. What they end up providing is hope for a devastated land and a voice for a people long smothered by oppression. Told with searing honesty, this is a story of struggle, cruelty, and courage populated by ordinary people who risk their lives for freedom.
An award-winning broadcaster, Mahmood was awarded an OBE in 2005 for services to the reconstruction of media in postwar countries. He is also the chairman of the record-breaking Yeh Hum Naheen Foundation.

"Few changes have been more popular, with city dwellers and villagers alike listening in numbers that have stunned the young crew running the program from a dusty studio in Kabul . . . for many Afghans the show's freewheeling style is an emblem of the improvements that have come with the end of the Taliban."  —New York Times

"Good Morning Afghanistan . . . Was an important start in bringing fast and uncensored information to the war-stricken people of Afghanistan."  —Hamid Karzai, president of the Islamic Republic of Afghanistan

"A fast paced mix of humour and heartbreak. The reader is assaulted with the sights, sounds and above all the smells of downtown Kabul in the months that followed the US invasion."  —Andy Home, author, Siberian Dreams