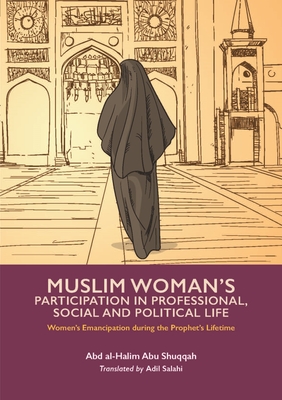 
Usually Ships in 1-5 Days
The emancipation of women cannot be complete unless it is coupled with the emancipation of men. This can only be accomplished by drawing our social values from the Qur'an and the sunnah. In this volume, the author shows that mixed social life was the pattern in the early Muslim society established by the Prophet. This author's study of authentic sayings of the Prophet Muhammad will illustrate the status of the Muslim woman that is greatly different from what is assumed in most Muslim societies today.
Adil Salahi is a scholar, author and translator, who has written or translated into English various books on Islam. After working for the BBC Arabic Service for several years, he worked for the Arabic daily, al-Sharq al-Awsat. He continues to publish many Articles in various Publications including, Arab News, a an English daily published in Saudi Arabia. Adil Salahi taught at the Markfield Institute of Higher Education, Leicester, England. His popular biography of the Prophet, Muhammad: Man and Prophet, is widely respected and has been translated into multiple languages.