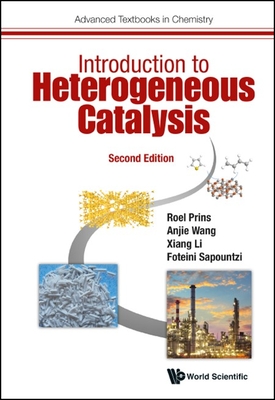 
Usually Ships in 1-5 Days
Catalysis is a multidisciplinary subject. This book introduces the chemical, materials, and engineering principles of catalysis so that both MSc and PhD students with a basic but not extensive knowledge of chemistry and physics and those with a basic understanding of chemical engineering can learn more about catalysis. Examples are taken from catalytic reactions and catalysts used in the energy, petroleum, and base-chemicals industry.The second edition differs from the first edition in the way basic topics are integrated with catalytic applications. The authors introduce two new chapters: 'Cleaning of Fuels by Hydrotreating' and 'Electrocatalysis'. Hydrotreating is a very important industrial process and offers the opportunity to discuss metal sulfide catalysts. Electrocatalysis gains more and more attention because it can be used to minimize the anthropogenic CO₂ emissions. Solar, wind, and hydroelectricity can drive water electrolysis and CO₂ electroreduction and, therefore, excess renewable electricity can be stored in chemicals.Introduction to Heterogeneous Catalysis (Second Edition) is intended for a one-semester course for master and PhD students who want to learn more about the principles of catalysis. This must-read textbook will enable students to read catalysis literature without much difficulty and presents not only the basic concepts of catalysis but integrates the chemical, materials, and engineering aspects of catalysis with industry examples.