The Stranger Beside Me: Ted Bundy: The Shocking Inside Story (Compact Disc) 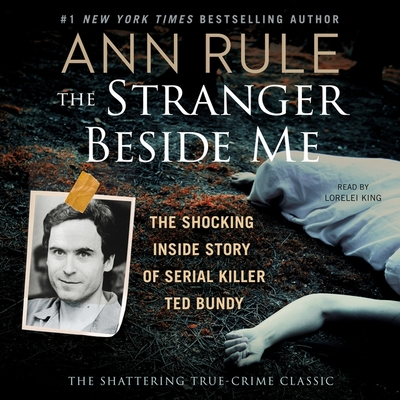 The Stranger Beside Me: Ted Bundy: The Shocking Inside Story (Compact Disc)


Difficult to Find
From #1 New York Times bestselling author Ann Rule, "America's best true-crime writer" (Kirkus Reviews), her unforgettable classic account of the horrifying murders in the Pacific Northwest and her shock when she discovered her friend--Ted Bundy--was not only a suspect but also one of the most prolific serial killers in American history. Meeting in 1971 at a Seattle crisis clinic, Ann Rule and Ted Bundy developed a friendship and correspondence that would span the rest of his life. Rule had no idea that when they went their separate ways, their paths would cross again under shocking circumstances. The Stranger Beside Me is Rule's compelling firsthand account of not just her relationship with Bundy, but also his life--from his complicated childhood to the media circus of his trials. Astonishing in its intimacy and with Rule's clear-eyed prose, you can't help but share in her growing horror at discovering that her friend was one of the most notorious American serial killers. An unforgettable and haunting work of research, journalism, and personal memories, The Stranger Beside Me is "as dramatic and chilling as a bedroom window shattering at midnight" (The New York Times).