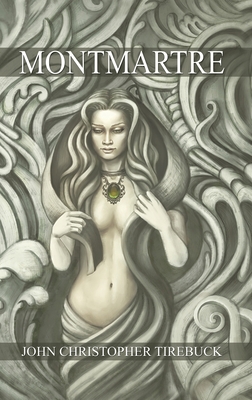 By John Christopher Tirebuck
List Price: $34.95
Our Price: $31.46
(Save: $3.50 10%)
Usually Ships in 1-5 Days
Photographs chronicle our lives: I wish I had more of them. The year is 1900. Paris is a city of beauty and culture, but every city has its underbelly: in Paris, it is Montmartre. Two young lives converge here. They come with artistic aspirations: one to be a society portrait artist, the other, a classical dancer; but in Montmartre, dreams rarely get the better of grim reality. We enter a world of pornography; of seedy, obscene music halls and erotic cabaret. Money is to be made here: obscenity sells, and that can only lead to corruption. In this case, the Alpha Male even smells corrupt. Add to the mix a lesbian lover, a blind girl, a hermaphrodite, the most beautiful orphan in the world, and a small, pink, bear with a limp; include gigantic sea cliffs where a whole race of people committed mass suicide, and you have a story; one that contains an unsolved mystery. A broken, silver-topped swagger-stick bears the initials P.D. The owner is missing, presumed dead. If he still breathes, the police would dearly like to speak to him, but cannot piece together the clues. The clues are all there. The astute will deduce what the police, thus far, have failed to see. It is possible.
John Christopher Tirebuck was educated in rural Cheshire, and is proud to call himself an 'Old Sandbachian.' He attended Lancaster University and, after living briefly in Cumbria, North Wales, and Oban, Argyllshire, he taught Science's in Liverpool. After two long, happy marriages, he now lives alone on top of a hill from where he can see seven counties.