The Ultimate Book of Craft Beer: A Compendium of the World's Best Brews (Hardcover) 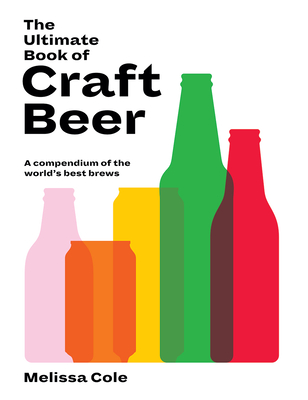 The Ultimate Book of Craft Beer: A Compendium of the World's Best Brews (Hardcover)

From simple lagers to complex stouts, scattered between all the sage advice and mouth-watering recipes, there are profiles on beers from around the world that you'll definitely want to try.

Perfect for everyone from beginners to old hands, this fun and accessible book guides you from how beer is made and how to store it, to what to look for when you're in a pub.

This guide shows you how to identify the beer styles you might like to try with a 'if you like this, try this' section, how to make the most gooey indulgent chocolate brownies with beer, and when and how to add a little pizazz to your cocktails with a splash or two of your favorite brew.
Award-winning writer Melissa is widely acknowledged as one of the UK's leading beer & food experts. Renowned for her insightful and engaging writing style, sense of humor and ability to translate complicated beer jargon into something everyone can understand, she's already seen success with her debut book Let Me Tell You About Beer. When she's not judging beer competitions in Amsterdam, Rio, Denver or Dublin, she is brewing beers with some of the world's most respected brewers like Odell and Thornbridge is also sought after by restaurants like the world-famous St John and Meatopia to construct the beer lists. She has also appeared at the Hay Literary Festival and done cooking with beer demos at Borough Market and Foodies Festivals.