Turning a Blind Eye: Sometimes Those Closest to You Hurt You the Most (Paperback) 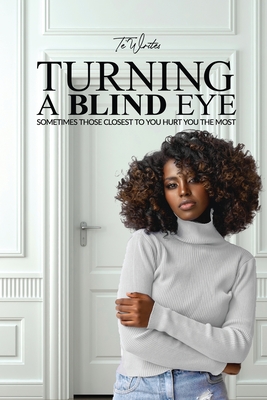 Turning a Blind Eye: Sometimes Those Closest to You Hurt You the Most (Paperback)

What happens when one member of the family decides that the family secret isn't worth keeping?

Based on a true story, this riveting tale exposes the shared secrets that many families would rather take to the grave.

Chantel's world was turned upside-down when she discovered the abuse of her brother Roy at the hands of her mother's boyfriend, J.R. Outrage and panic left Chantel's head spinning. How could someone do something so disgusting and violating?

Even after numerous attempts to end the abuse, Chantel was silenced by her family. It was clear to Chantel that they were not being protected by those who are supposed to love them the most.

The questions lingers with Chantel for years to come: Why is J.R's protection continuously held above the love and care of innocent children?

Chantel was expecting that this tortuous situation was in the past. She had hopes that Roy could heal despite of the abusive presence still in their lives. Healing, however, isn't in the cards yet for this family as all three of Roy's children- Chantel's nieces and nephew-have experienced the same horrors as their father before them.

Chantel will not be silent and allow the family to keep J.R.'s sordid secrets.

Turning A Blind Eye introduces a heroine whose fierce ambition has her stop at nothing to expose her family's secret. It is Chantel's mission to reveal the truth and break the generational curse.