The Summer of Christmas (Paperback) 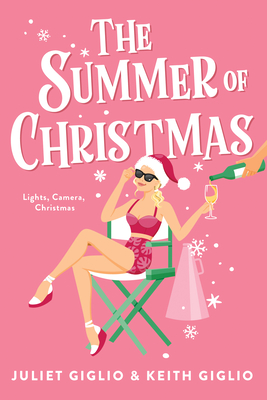 The Summer of Christmas (Paperback)

"Christmas has, indeed, arrived early with this romp."—Booklist

July is a great time to celebrate Christmas! In the wild world of making a TV Christmas movie, a hot and sunny upstate New York summer becomes a winter wonderland, overnight. But as cool as the fake snow is, when the real life hero gets tangled up with the movie star, the screenwriter grapples for control of the story, and the fans become a hazard to life and limb, it'll take a Christmas miracle to pull everyone together.

Up-and-coming LA screenwriter Ivy Green is about to have her life turned upside down. Her movie, based on her and her high school sweetheart's horrible Christmas breakup, is being filmed in her hometown.

Nick Shepherd is less than thrilled to see Ivy after all this time. To complicate matters, Ivy has a budding relationship with the producer, the town is overflowing with movie stars and overly-adoring fans, and worst of all?the actress playing Ivy develops a crush on the real Nick! In the end, Ivy will need to re-write her life script to finally get everything she ever wanted.

"Fans of small-town romances, second-chance romances, and Christmas love stories, along with anyone who finds the snarky banter in movie rom-coms to be the best part of the picture, will feel like Christmas has, indeed, arrived early with this romp ." — Booklist