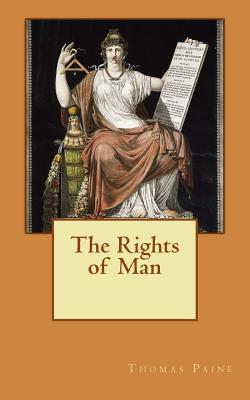 
Difficult to Find
The Rights of Man by Thomas Paine The Rights of Man: Thomas Paine. The astonishment which the French Revolution has caused throughout Europe should be considered from two different points of view: first as it affects foreign peoples, secondly as it affects their governments. The cause of the French people is that of all Europe, or rather of the whole world; but the governments of all those countries are by no means favorable to it. It is important that we should never lose sight of this distinction. We must not confuse the peoples with their governments; especially not the English people with its government. The government of England is no friend of the revolution of France. Of this we have sufficient proofs in the thanks given by that weak and witless person, the Elector of Hanover, sometimes called the King of England, to Mr. Burke for the insults heaped on it in his book, and in the malevolent comments of the English Minister, Pitt, in his speeches in Parliament. We are delighted to publish this classic book as part of our extensive Classic Library collection. Many of the books in our collection have been out of print for decades, and therefore have not been accessible to the general public. The aim of our publishing program is to facilitate rapid access to this vast reservoir of literature, and our view is that this is a significant literary work, which deserves to be brought back into print after many decades. The contents of the vast majority of titles in the Classic Library have been scanned from the original works. To ensure a high quality product, each title has been meticulously hand curated by our staff. Our philosophy has been guided by a desire to provide the reader with a book that is as close as possible to ownership of the original work. We hope that you will enjoy this wonderful classic work, and that for you it becomes an enriching experience.