King & Kayla and the Case of Found Fred (Paperback) 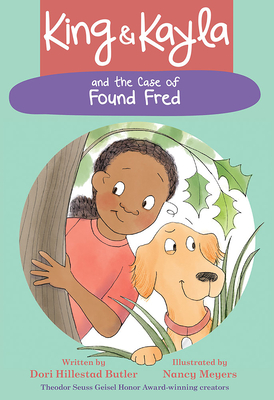 King & Kayla and the Case of Found Fred (Paperback)

This is book number 5 in the King & Kayla series.

When King and Kayla meet Fred, a lost dog, they collect clues to him find his human family. Analytical Kayla notices that Fred knows basic commands but has no collar. This dog isn't a stray.

Sensitive King notices that Fred smells like smoke and hamburgers. There's a campground nearby and there were fireworks just a few days ago. Can King and Kayla put the pieces together and find Fred's family?

"Simple, clean, line-drawn and digitally colored illustrations depict happy, lovable animals and a diverse cast of humans. . . . This fast-paced mystery is a fun addition to this series for new readers." —Kirkus Reviews