King & Kayla and the Case of the Mysterious Mouse (Paperback) 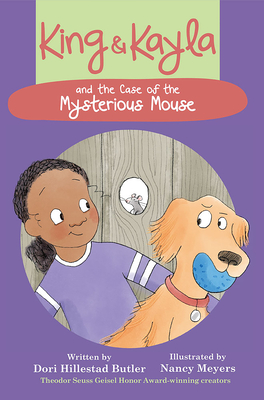 King & Kayla and the Case of the Mysterious Mouse (Paperback)

This is book number 3 in the King & Kayla series.

Analytical Kayla creates a list of possible explanations to investigate. Sensitive King puts aside his worries and questions the cat hiding under the porch, who claims a mouse did it. How could a mouse take King's ball?

"Confusion, mischief, and silliness abound. Kids who don't always have the vocabulary to express themselves will sympathize with this waggish pup and his earnest desire to be understood by his human." —Kirkus Reviews

"Budding detectives will have the benefit of both King's discoveries and Kayla's reasoning as they piece together the clues. . . . A welcome addition to collections supporting the transition from picture books to chapter books, this title will appeal to both dog lovers and mystery buffs." —School Library Journal