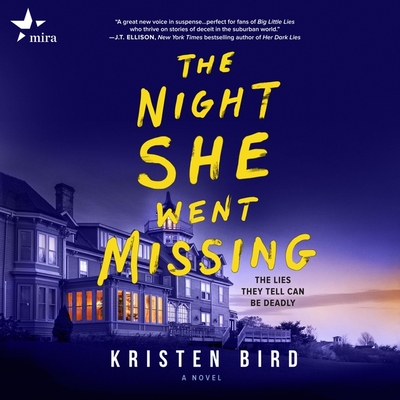 A twisty domestic suspense debut for fans of Liane Moriarty's Big Little Lies that follows three women who live on Galveston Island in a close-knit, wealthy community where parents behave badly and the lies they tell themselves become dangerous when a new girl disappears after spending the night with high school friends.

Galveston Island - a close-knit island community where one family holds reign: The Callahans, headed up by matriarch Rosalyn Callahan who oversees the prestigious prep school, the social scene, and even, at times, the police department.

Daughter-in-law Catherine Callahan, who prefers to go by her maiden name to avoid being dragged into the family legacy, has had to move back to her husband's family home after a career disaster, much to her teenage daughter Emily's frustration. Catherine finds herself faced with raising her three children under the watchful and interfering eye of her overbearing and powerful mother-in-law.

Morgan Frasier is trying to rebuild her life as a single mother to teenage Alex, who three years ago was accused of, but never tried for, raping a fellow student at a party. Morgan's been sidelined by the community ever since, until her son and Emily Callahan become friends, and she finds an ally in fellow outsider Catherine.

Leslie Steele is a recent widow and Rosalyn Callahan's right hand woman, whose only way of coping with the trauma caused by her husband's death is to throw herself into the local community, and make sure her children-Anna, Sawyer and Asher-uphold the family name now that their father is no longer around. But how long before the fa ade breaks down?

When Emily Callahan suddenly goes missing one night, each of their lives is turned upside down and each has to look to their children, or perhaps each other's, for answers.

Everyone is sure she knows who is responsible, but each has their own secrets to protect--the lies they tell themselves that may just have the potential to be lethal.