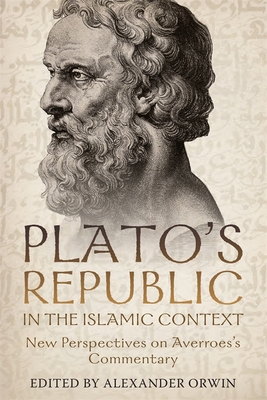 By Alexander Orwin (Editor), Douglas Kries (Contribution by), Joshua Parens (Contribution by)
List Price: $99.00
Our Price: $89.10
(Save: $9.90 10%)
Usually Ships in 1-5 Days
The first collection of essays devoted entirely to the medieval philosopher Averroes's Commentary on Plato's "Republic" includes a variety of contributors from across several disciplines and countries. The anthology aims to establish Averroes as a great philosopher in his own right, with special and unique insight into the world of Islam, as well as a valuable commentator on Plato. A major feature of the book is the first published English translation of Shlomo Pines's 1957 essay, written in Hebrew, on Averroes. The volume explores many aspects of Averroes's philosophy, including its teachings on poetry, philosophy, religion, law, and government. Other sections trace both the inspiration Averroes's work drew from past philosophers and the influence it had on future generations, especially in Jewish and Christian Europe.

Scholars of medieval philosophy, ancient philosophy, Jewish studies, and the history of political thought more generally will find important insights in this volume. The anthology is also intended to provide the necessary background for teachers aiming to introduce Averroes's commentary into the classroom. With the Republic regularly appearing near the top of lists of the most frequently taught books in the history of philosophy, this volume shows how the most important medieval commentary on it deserves a place in the curriculum as well.