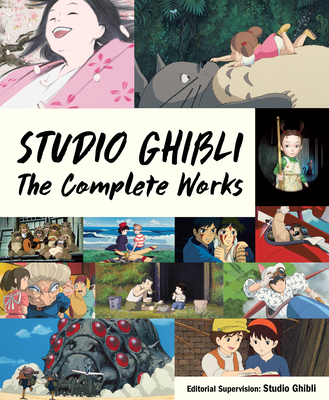 
Backordered
A beautiful, full-color dive into the history and future of Studio Ghibli, Japan's preeminent animation house. In-depth looks at every one of their 26 feature films - including the latest, Earwig and the Witch - means there's something for everyone, while exclusive interviews and rare director's commentary plus behind-the-scenes tidbits will excite even the most devoted Ghibli afficionados. A gorgeous, stirring must-have for Studio Ghibli fans and newcomers alike!

13+
Founded in 1985 by Hayao Miyazaki and Isao Takahata, Studio Ghibli is the preeminent Japanese animation studio and one of the best-loved and most lauded animation houses in the world. Its films, including Princess Mononoke, My Neighbor Totoro, Howl's Moving Castle, and Grave of the Fireflies, have won every filmworld award imaginable, including an Academy Award for Best Animated Feature for 2001's Spirited Away.