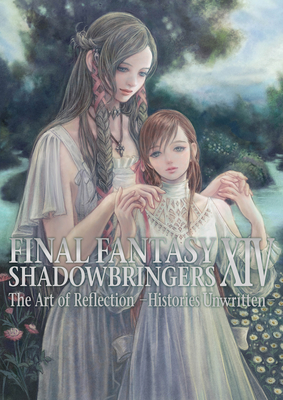 By Square Enix
List Price: $39.99
Our Price: $35.99
(Save: $4.00 10%)
Usually Ships in 1-5 Days
The second volume of a two-volume set of the official art books for Final Fantasy XIV: Shadowbringers, featuring hundreds of pages of full-color art and an exclusive bonus item code!

Covering content through the end of the Shadowbringers expansion, this deluxe, large-format book showcases artwork for YoRHa: Dark Apocalypse, Eden’s Verse & Eden’s Promise, Save the Queen, and much more. The Art of Reflection -Histories Unwritten- also includes detailed illustrations of characters, equipment, dungeons and trials, as well as messages from the artists. Volume two of a two-volume set with The Art of Reflection -Histories Forsaken-.