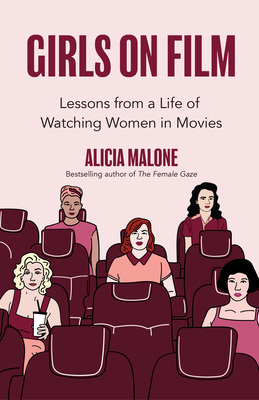 With humor and honesty, Girls on Film looks at the good, the bad, and the unfairly written women in film. This collection celebrates the power of cinema, media, culture and the faces of girls on film.

Insiders from a Nerdy Film Lover. Weaving together life lessons with movie history, film reporter Alicia Malone celebrates the power of cinema and the women who shone brightly on the big screen, while also critiquing hidden messages in films. Alicia connects film analysis with her own journey of self-discovery--from growing up as a nerdy film lover in Australia to finding her voice as a woman on television.

Each Movie has a Hidden Message. What messages and life lessons have been taken from these movies of the past--positive, negative or sometimes, both? Alicia Malone highlights many films, some with life changing moments and others with a tribute to feminist authors and messages.

In this modern approach to film reviews and women, you'll find essays on:

Women nonfiction lovers who enjoyed Where the Girls Are, or feminism books like Extraordinary Women In History, When Women Invented Television, or Renegade Women in Film and TV, will love Girls on Film.