The First Lady of Underfashions (Paperback) 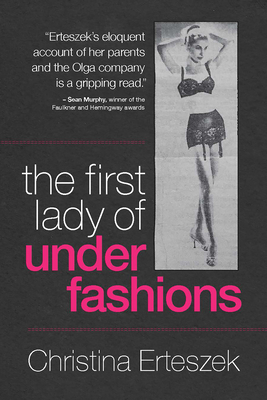 The First Lady of Underfashions (Paperback)


Usually Ships in 1-5 Days
The First Lady of Underfashions is a nonfiction saga-like memoir written by Christina Erteszek and including excerpts from her parents' (Jan and Olga) unpublished memoirs. It is a complex, layered, and nuanced story that bridges the violence of war, the innovation of thought, the singularity of religion, the quest for identity, and the intrigues and intricacies of family life. Jan and Olga escape from World War II Europe and arrive in the US with just a few dollars. They turn their paltry savings into a multi-million-dollar fashion business. Olga becomes a leading patent holder of female lingerie, a trendsetter in the industry, and is widely known for her innovative business tactics. But as this husband-and-wife team think of retiring, they decide to merge with another fashion company, which proves to be a fatal move when a loophole in the agreement allows for a hostile takeover. This is also a story of a daughter's need to find herself. Along her path to self-discovery, she discovers her parents have many secrets, some of which will never be revealed.