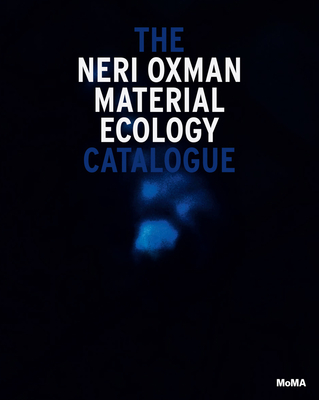 The first survey on the interdisciplinary biodesign genius of Neri Oxman, pioneer of material ecology

Throughout her 20-year career, Neri Oxman has invented not only new ideas for materials, buildings and construction processes, but also new frameworks for interdisciplinary--and interspecies--collaborations. She coined the term "material ecology" to describe her process of producing techniques and objects informed by the structural, systemic and aesthetic wisdom of nature, from the shells of crustaceans to the flow of human breathing.

Groundbreaking for its solid technological and scientific basis, its rigorous and daring experimentation, its visionary philosophy and its unquestionable attention to formal elegance, Oxman's work operates at the intersection of biology, engineering, architecture and artistic design, material science and computer science. This book--designed by Irma Boom and published to accompany a midcareer retrospective of Oxman's work--highlights the interdisciplinary nature of the designer's practice. It demonstrates how Oxman's contributions allow us to question and redefine the idea of modernism--a concept in constant evolution--and of organic design. Some of the projects featured in the book and exhibition include the Silk Pavilion, which harnesses silkworms' ability to generate a 3-D cocoon out of a single thread silk in order to create architectural constructions; Aguahoja, a water-based fabrication platform that prints structures made out of different biopolymers; and Glass, an additive manufacturing technology for 3-D printing optically transparent glass structures at architectural dimensions. Israeli American architect, designer and inventor Neri Oxman (born 1976) is professor of media arts and sciences at the Massachusetts Institute of Technology's Media Lab. Her work is in the permanent collections of the Museum of Modern Art, New York, the Cooper Hewitt Design Museum, the San Francisco Museum of Modern Art and Boston's Museum of Fine Arts, among others.--Kate Mazade "Architect's Newspaper.