A Rescue for a Queen (Ursula Blanchard Mysteries #11) (Compact Disc) 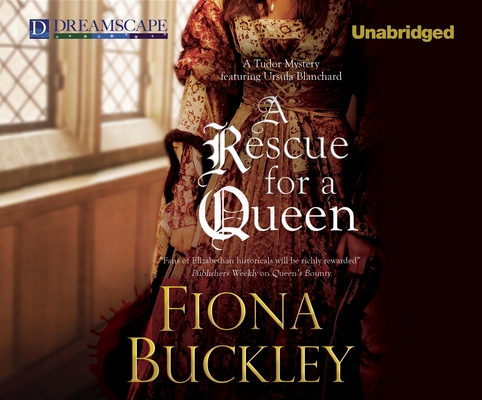 A Rescue for a Queen (Ursula Blanchard Mysteries #11) (Compact Disc)

This is book number 11 in the Ursula Blanchard Mysteries series.

February, 1571. Ursula is once more plunged into affairs of the state when she escorts her foster daughter Margaret to the Netherlands to meet her suitor. The queen's spymaster, Sir William Cecil, learns that the wealthy Italian banker Roberto Ridolfi will be hosting their forthcoming wedding - a man who he fears may once again be plotting to put Mary Queen of Scots on the English throne. But Ursula is also about to come face-to-face with her greatest enemy - and the exiled Countess of Northumberland is not the only figure from Ursula's past to put in a surprising appearance.
Valerie Anand, who also writes as Fiona Buckley, was born in North in 1947. Educated at Mitcham County School for Girls, she knew by the age of six that she wanted to be a novelist. In 1976 her first book was published. She now has over twenty novels published, including the ""Bridges Over Time"" historical series, written as Valerie Anand, and the Ursula Blanchard Elizabethan espionage series, written as Fiona Buckley. READER BIOWanda McCaddon began recording books in the early 1980s and has since narrated well over six hundred titles, as well as abridging, narrating, and coproducing classic titles for her own company, Big Ben. Audiobook listeners may be familiar with her voice under one of her two nom de mikes, ' Donada Peters and Nadia May. The recipient of an Audie nomination and twenty-five Earphones Awards, AudioFile magazine has named her one of recording's Golden Voices.