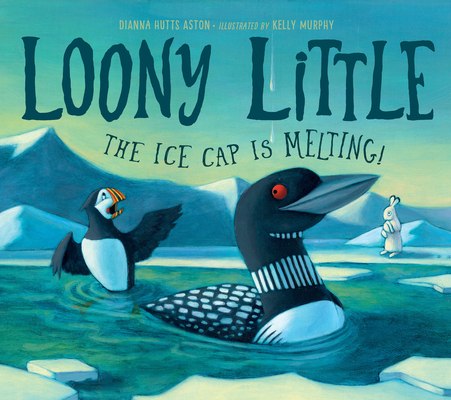 
Difficult to Find
Celebrate the 50th anniversary of Earth Day with this clever, climate-focused twist on the classic "Chicken Little" story.

Loony Little and her friends set off to tell the Polar Bear Queen that the polar ice cap is melting. Sly Foxy Loxy attempts to lead the animals to his lair to eat them, but Loony Little saves the day, tricking the fox into being devoured by the Polar Bear Queen. Includes information about climate change and the animal species in the book.
Dianna Hutts Aston is the author of many books for children, including An Egg Is Quiet, which received several starred reviews, and the other books in the Nature Books series, such as A Beetle Is Shy and A Seed Is Sleepy. She is the founder of the Oz Project, a nonprofit foundation for disadvantaged children.

Kelly Murphy is the award-winning, New York Times-bestselling illustrator of Masterpiece, by Elise Broach, which earned her an E.B. White Read Aloud Award. She studied illustration at Rhode Island School of Design. She has taught at Montserrat College of Art, Massachusetts College of Art and Design, and Rhode Island School of Design. www.kelmurphy.com