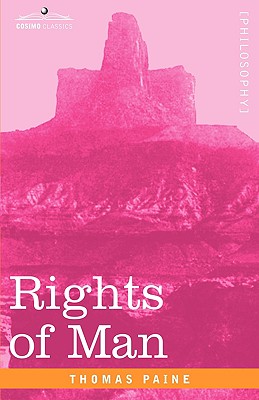 
Usually Ships in 1-5 Days
Great part of that order which reigns among mankind is not the effect of government. It has its origin in the principles of society and the natural constitution of man. It existed prior to government, and would exist if the formality of government was abolished. The mutual dependence and reciprocal interest which man has upon man, and all the parts of civilised community upon each other, create that great chain of connection which holds it together. The landholder, the farmer, the manufacturer, the merchant, the tradesman, and every occupation, prospers by the aid which each receives from the other, and from the whole. Common interest regulates their concerns, and forms their law; and the laws which common usage ordains, have a greater influence than the laws of government. In fine, society performs for itself almost everything which is ascribed to government. --from Chapter I: "Of Society and Civilisation" He was the premiere political "blogger" of his day, a man Thomas Edison called "one of the greatest of all Americans," and one today's liberals and progressives still claim as their intellectual forefather. An idealist, a radical, and a master rhetorician, Thomas Paine wrote and lived with a keen sense of urgency and excitement. In this 1791 defense of revolution, he championed the right of an oppressed people--and in particular the right of the French people--to rise up to claim their own natural rights from those who would take them away. A spirited denunciation of the aristocracy and of hereditary government, The Rights of Man caused outrage in Great Britain with its call for democratic reforms of the English system, and Paine was convicted in absentia for seditious libel against the Crown. (He was, alas, not available to be hanged.) Everyone who values freedom--of speech, of though, of governance--and the ongoing fight required to maintain it must read and appreciate this essential work. Anglo-American political theorist and writer THOMAS PAINE (1737-1809) was born in England and emigrated to America in 1774, bearing letters of introduction from Benjamin Franklin. He also wrote Common Sense (1776) and The American Crisis (1776-1783).