The Secret History of the World (Paperback) 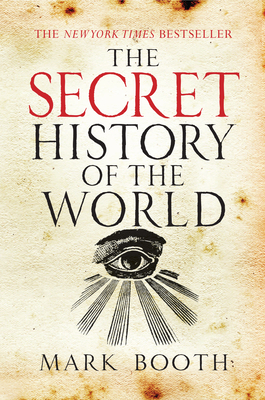 The Secret History of the World (Paperback)

They say that history is written by the victors. But what if history—or what we have come to know as history—has been written by the wrong people? What if everything we’ve been told is only part of the story?

In this groundbreaking and now famous work, Mark Booth embarks on an enthralling tour of our world’s secret histories. Starting from a dangerous premise—that everything we’ve known about our world’s past is corrupted, and that the stories put forward by the various cults and mystery schools throughout history are true—Booth produces nothing short of an alternate history of the past 3,000 years. Topics include: Booth writes in his introduction, “Although this book can be read just as a record of the absurd things people have believed, an epic phantasmagoria, a cacophony of irrational experiences, I hope that by the end some readers will hear some harmonies and perhaps also sense a slight philosophical undertow, which is the suggestion that it may be true.”

Here is a book that shows that history needs a revolutionary rethink, and Mark Booth has 3,000 years of hidden wisdom to back it up. If you’ve ever wondered if the history you learned in school was wrong, or wondered if conspiracy theorists could be right, then the history in this book offers a perspective you’ll want to explore.
Mark Booth studied Philosophy and Theology at Oriel College, Oxford. He has worked in publishing for over twenty years, and is currently the publisher of Coronet, an imprint of Hodder & Stoughton/Hachette.