A Child Called It: One Child's Courage to Survive (Paperback) 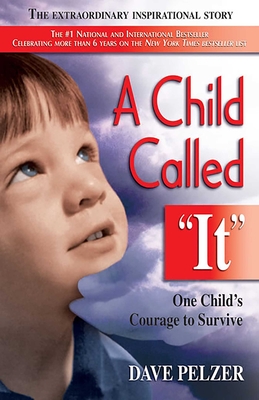 A Child Called It: One Child's Courage to Survive (Paperback)


Usually Ships in 1-5 Days
This book chronicles the unforgettable account of one of the most severe child abuse cases in California history. It is the story of Dave Pelzer, who was brutally beaten and starved by his emotionally unstable, alcoholic mother: a mother who played tortuous, unpredictable games--games that left him nearly dead. He had to learn how to play his mother's games in order to survive because she no longer considered him a son, but a slave; and no longer a boy, but an "it."

Dave's bed was an old army cot in the basement, and his clothes were torn and raunchy. When his mother allowed him the luxury of food, it was nothing more than spoiled scraps that even the dogs refused to eat. The outside world knew nothing of his living nightmare. He had nothing or no one to turn to, but his dreams kept him alive--dreams of someone taking care of him, loving him and calling him their son.
Dave Pelzer has experienced a truly adventurous extraordinary life. At age 12, Dave was rescued and placed in a series of foster homes until he enlisted in the U.S. Air Force at age 18. As a member of the armed forces, Dave was hand-picked to midair refuel the then highly secretive SR-71 Blackbird and the F-117 Stealth Fighter.

Some of Dave’s distinctive accomplishments have been recognized through several prestigious awards, as well as personal commendations from four U.S. Presidents. In 1993, Dave was honored as one of the Ten Outstanding Young Americans, joining a distinguished group including John F. Kennedy and Walt Disney. In 1994, Dave was the only American to be honored as The Outstanding Young Persons of the World! In 2005, Dave was the recipient of the National Jefferson Award, which is considered the Pulitzer Prize of public service.

Unbeknownst to the general public, from 2006 to 2010, while at extreme risk plus using his own time and expense, Dave spent weeks at a time visiting the troops in the Middle East and South West Asia, providing counseling and comedic presentations to embedded troops.

For nearly a decade, when not on the road speaking, performing radio presentations, or offering counseling services, Dave serves his community as a volunteer Fire Captain for two separate districts. He has served in many explosive fires, floods, and other natural disasters. For his efforts, Dave was twice selected as Volunteer Firefighter of the Year.

Dave is a living testament of a self-made man who has dedicated his life to helping others . . . to help themselves. He is the host of the podcast, The Dave Pelzer Show, providing humor, advice, and tools to help listeners make positive, productive changes. Visit: www.davepelzer.com.