A Company of Fools (Paperback) 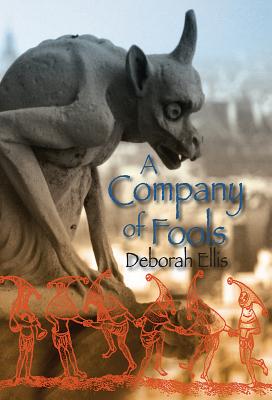 A Company of Fools (Paperback)

Before Micah came to St. Luc's, he knew how to beg, how to steal, and how to run from a beating. He did not know how to comb his hair, walk in line when he felt like running, or obey anyone's whim but his own. He was a stranger in a strange land. If it had been me, I would have found a way to disappear inside myself until the strangeness wore off. Micah was not like me.

Henri has been living within abbey walls all his life, first in the care of nuns, then as a choirboy at St. Luc's, not far from Paris. He expects to spend the rest of his life there, copying books in the Scriptorium with the other brothers, and singing Mass in the great cathedral.

Then Micah arrives, a streetwise ragamuffin with the voice of an angel, saved from certain hanging to sing for God instead of coins. Micah comes like a fresh breeze into dead places, bringing exuberant joy at a time when Henri most needs it.

For the plague is coming, the grim reaper that will slash at the very roots of Henri's security. And neither Henri nor Micah nor anyone else in their world will ever be the same.

Deborah Ellis was born in Northern Ontario but grew up in Paris, Ontario. Like many writers, she was a creative loner as a child, at odds with formal education in her youth, and a voracious reader at all times. As an adult, Deborah has been occupied with many issues of interest to women, such as peace, education and equality in society at home and abroad. She works at a group home for women in Toronto, reading and writing in her spare time. In 2006 Deborah was named to the Order of Ontario.