Mysteries and Secrets of Voodoo, Santeria, and Obeah (Paperback) 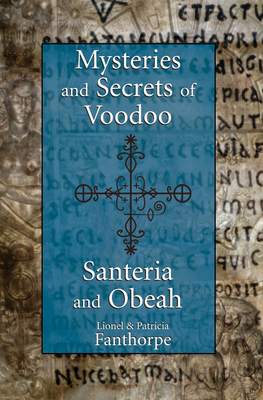 Mysteries and Secrets of Voodoo, Santeria, and Obeah (Paperback)

This is book number 14 in the Mysteries and Secrets series.

The secrets of Santeria, Voodoo and Obeah are among the oldest enigmas in the world. Their roots go back to pre-historic Africa - perhaps even beyond that. From the 16th century onwards, the slave trade brought these ancient mysteries to the West, where they blended strangely with traditional Christianity: the ancient African gods became identified with legendary saints. This integration of the two faiths slowly evolved to form the many varieties of Santeria, Obeah and Voudoun that are widely practiced throughout the world today. Their characteristic dancing and drumming seem able to invoke strange states of mind in which almost anything is possible. Even stories of zombies - the walking dead - still persist. Is there a rational explanation for them? Contemporary Voudoun priests, priestesses, magicians and enchanters use rare herbs and spices as well as charms, dolls and talismans to control the natural world in ways that science cannot always explain. Accounts of their inexplicable successes are examined in depth. Most intriguing of all are the claims that are made for their love philtres and aphrodisiacs. What powers do these old religions still possess?

Lionel and Patricia Fanthorpe have investigated the world's unsolved mysteries for over 30 years and are the authors of 14 bestselling books published by Dundurn Press including: The Oak Island Mystery, and Mysteries and Secrets of the Masons. Lionel is famous internationally for his many highly acclaimed TV programs dealing with various aspects of mystery and the paranormal. He is president of the Association for the Scientific Study of Anomalous Phenomena, and the British UFO Research Association. While making a BBC documentary, their work in Barbados brought them into direct contact with practitioners of the Old African Religion and, consequently, their knowledge of it is extensive.

"The book shows other secrets such as voodoo, making for a most thorough look at the occult. They tell of actual cases defying logic and explanation. Whether you believe it or not, it does offer basis for dialogue and debate."