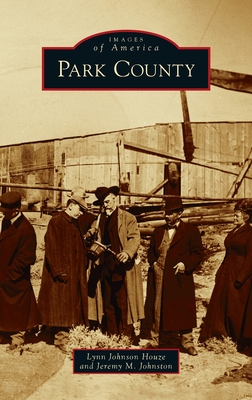 
Usually Ships in 1-5 Days
The Wyoming State Legislature approved the formation of Park County--named in honor of Yellowstone National Park--on February 15, 1909. Early fur traders such as John Colter and George Drouillard traversed the area in the early 1800s, opening trade with the indigenous Crow and Shoshone. In the middle of the 19th century, buffalo hunters, miners, ranchers, and homesteaders arrived and displaced the indigenous people in the area, establishing trading posts and the cowboy town of Meeteetse. The region's natural wonders inspired conservationists to lobby Congress to create Yellowstone National Park in 1872 and Shoshone National Forest in 1891. In the 1890s, Buffalo Bill Cody spearheaded an effort to irrigate arid lands and established productive farms and new towns such as Powell and Cody. The scenery and outdoor recreation opportunities lured many tourists to the area, including Ernest Hemingway and Amelia Earhart. From the mountain peaks to the river valleys, Park County offers insight into the extraordinary history of the American West.