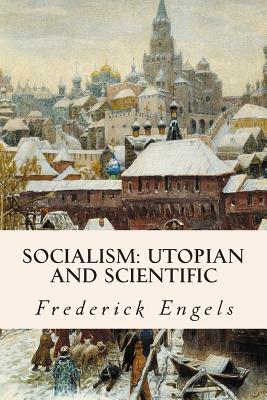 
Usually Ships in 1-5 Days
Socialism, Utopian and Scientific is a political science classic that needs no preface. It ranks with the Communist Manifesto as one of the indispensable books for any one desiring to understand the modern socialist movement. It has been translated into every language where capitalism prevails, and its circulation is more rapid than ever before. The book explains the differences between utopian socialism and scientific socialism, which Marxism considers itself to embody. The book explains that whereas utopian socialism is idealist, reflects the personal opinions of the authors and claims that society can be adapted based on these opinions, scientific socialism derives itself from reality. It focuses on the materialist conception of history, which is based on an analysis over history, and concludes that communism naturally follows capitalism. Engels begins the book by chronicaling the thought of utopian socialists, starting with Saint-Simon. He then proceeds to Fourier and Robert Owen. In Chapter Two, he summarizes dialectics, and then chronicles the thought from the ancient Greeks to Hegel. Chapter Three summarizes dialectics in relation to economic and social struggles, essentially echoing the words of Marx.