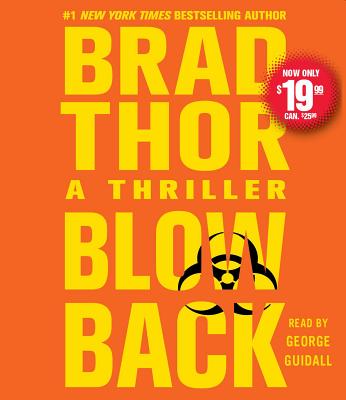 Scot Harvath’s counterterrorism career has just crashed and burned—thanks in part to a ruthless senator with her sights set on the White House. But when the war on terror takes a chilling turn, the president has no choice but to secretly bring Harvath back inside. Deep beneath an Alpine glacier, an ancient weapon designed to decimate the Roman Empire has been unearthed—and a shadowy organization intends to use it for America’s downfall. Racing across Europe, Harvath must secure the ultimate instrument of destruction before it brings the United States and the rest of the world to their knees.
Brad Thor is the #1 New York Times bestselling author of twenty-two thrillers, including Black Ice, Near Dark (one of Suspense Magazine’s Best Books of the Year), Backlash (nominated for the Barry Award for Best Thriller of the Year), Spymaster (“One of the all-time best thriller novels” —The Washington Times), The Last Patriot (nominated Best Thriller of the Year by the International Thriller Writers association), and Blowback (one of the “Top 100 Killer Thrillers of All Time” —NPR). Visit his website at BradThor.com and follow him on Facebook at Facebook.com/BradThorOfficial and on Twitter @BradThor.