Intermarriage and the Friendship of Peoples: Ethnic Mixing in Soviet Central Asia (Hardcover) 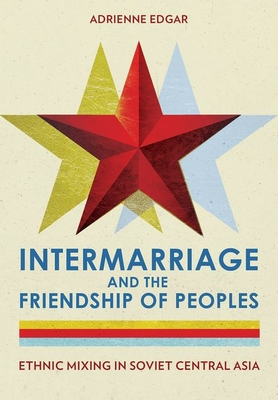 Intermarriage and the Friendship of Peoples: Ethnic Mixing in Soviet Central Asia (Hardcover)

Intermarriage and the Friendship of Peoples examines the racialization of identities and its impact on mixed couples and families in Soviet Central Asia. In marked contrast to its Cold War rivals, the Soviet Union celebrated mixed marriages among its diverse ethnic groups as a sign of the unbreakable friendship of peoples and the imminent emergence of a single Soviet people. Yet the official Soviet view of ethnic nationality became increasingly primordial and even racialized in the USSR's final decades. In this context, Adrienne Edgar argues, mixed families and individuals found it impossible to transcend ethnicity, fully embrace their complex identities, and become simply Soviet.

Looking back on their lives in the Soviet Union, ethnically mixed people often reported that the official nationality in their identity documents did not match their subjective feelings of identity, that they were unable to speak their own native language, and that their ambiguous physical appearance prevented them from claiming the nationality with which they most identified. In all these ways, mixed couples and families were acutely and painfully affected by the growth of ethnic primordialism and by the tensions between the national and supranational projects in the Soviet Union.

Intermarriage and the Friendship of Peoples is based on more than eighty in-depth oral history interviews with members of mixed families in Kazakhstan and Tajikistan, along with published and unpublished Soviet documents, scholarly and popular articles from the Soviet press, memoirs and films, and interviews with Soviet-era sociologists and ethnographers.

Adrienne Edgar is Professor in the Department of History at the University of California, Santa Barbara. She is the author of Tribal Nation.