Second Treatise of Government and a Letter Concerning Toleration (Paperback) 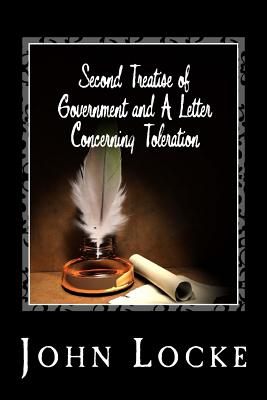 Second Treatise of Government and a Letter Concerning Toleration (Paperback)


Usually Ships in 1-5 Days
In His "Second Treatise of Government", John Locke refutes the concept of the monarchy's divine right and establishes a theory reconciling civil liberties with political order. Locke's Letter Concerning Toleration rests on the same basic principles as his political theory; Locke's main argument for toleration is a corollary of his theory of the nature of civil society. The basis of social and political philosophy for generations, these works laid the foundation of the modern democratic state in England and abroad. Their enduring importance makes them essential reading for students of philosophy, history, and political science.
John Locke (1632-1704), widely known as the Father of Classical Liberalism, was an English philosopher and physician regarded as one of the most influential of Enlightenment thinkers. Considered one of the first of the British empiricists, following the tradition of Francis Bacon, he is equally important to social contract theory. His work greatly affected the development of epistemology and political philosophy. His writings influenced Voltaire and Rousseau, many Scottish Enlightenment thinkers, as well as the American revolutionaries. His contributions to classical republicanism and liberal theory are reflected in the United States Declaration of Independence.