The Lettered Barriada: Workers, Archival Power, and the Politics of Knowledge in Puerto Rico (Paperback) 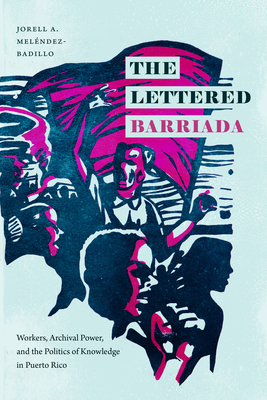 The Lettered Barriada: Workers, Archival Power, and the Politics of Knowledge in Puerto Rico (Paperback)


Usually Ships in 1-5 Days
In The Lettered Barriada, Jorell A. Mel ndez-Badillo tells the story of how a cluster of self-educated workers burst into Puerto Rico's world of letters and navigated the colonial polity that emerged out of the 1898 US occupation. They did so by asserting themselves as citizens, producers of their own historical narratives, and learned minds. Disregarded by most of Puerto Rico's intellectual elite, these workers engaged in dialogue with international peers and imagined themselves as part of a global community. They also entered the world of politics through the creation of the Socialist Party, which became an electoral force in the first half of the twentieth century. Mel ndez-Badillo shows how these workers produced, negotiated, and deployed powerful discourses that eventually shaped Puerto Rico's national mythology. By following these ragtag intellectuals as they became politicians and statesmen, Mel ndez-Badillo also demonstrates how they engaged in racial and gender silencing, epistemic violence, and historical erasures in the fringes of society. Ultimately, The Lettered Barriada is about the politics of knowledge production and the tensions between working-class intellectuals and the state. Duke University Press Scholars of Color First Book Award recipient.