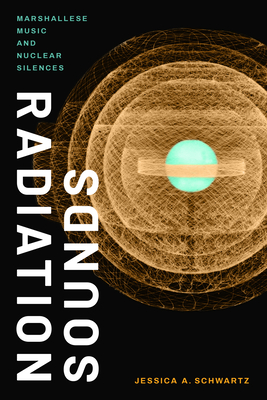 By Jessica A. Schwartz


Usually Ships in 1-5 Days
On March 1, 1954, the US military detonated "Castle Bravo," its most powerful nuclear bomb, at Bikini Atoll in the Marshall Islands. Two days later, the US military evacuated the Marshallese to a nearby atoll where they became part of a classified study, without their consent, on the effects of radiation on humans. In Radiation Sounds Jessica A. Schwartz examines the seventy-five years of Marshallese music developed in response to US nuclear militarism on their homeland. Schwartz shows how Marshallese singing draws on religious, cultural, and political practices to make heard the deleterious effects of US nuclear violence. Schwartz also points to the literal silencing of Marshallese voices and throats compromised by radiation as well as the United States' silencing of information about the human radiation study. In foregrounding the centrality of the aural and sensorial in understanding nuclear testing's long-term effects, Schwartz offers new modes of understanding the relationships between the voice, sound, militarism, indigeneity, and geopolitics.
Jessica A. Schwartz is Associate Professor of Music at the University of California, Los Angeles.