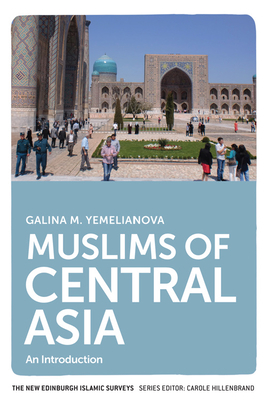 Between the tenth and sixteenth centuries Central Asia was one of the most prestigious cultural areas of the entire Muslim world, playing a pivotal role in the Silk Road trade. Throughout that history, and up to the present, Tajiks, Uzbeks, Kazakhs, Kyrgyz, Turkmen and other Muslim peoples of Central Asia have developed their own unique understanding and practice of Islam which has shaped their national identity and particular social and political evolution.

These special characteristics of Central Asian Islam ensured its survival during seventy years of Soviet atheist rule, while in the post-Soviet period Islam has been integrated into nation-building projects in constitutionally secular Uzbekistan, Kazakhstan, Tajikistan, Kyrgyzstan and Turkmenistan.

This absorbing history is traced in this fascinating study which shows how, from the seventh century to the present day, the region's people have negotiated their distinctively Central Asian Islamic identity in the face of enduring external Islamic and non-Islamic dominations, ethnic nationalisms and, more recently, global transnational Islamic influences.

Galina M. Yemelianova has researched and taught for over thirty years on various aspects of Middle Eastern and Eurasian history and contemporary Muslim politics. Among her books are Russia and Islam: A Historical Survey (2002), Islam in post-Soviet Russia (2003) and Radical Islam in the former Soviet Union (2010).