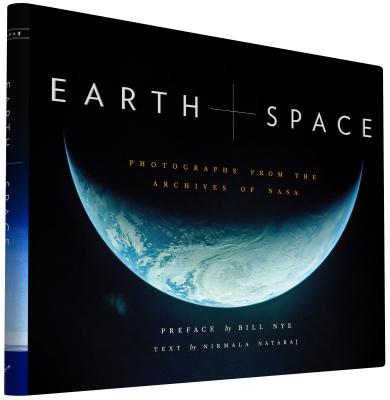 By Nirmala Nataraj, Bill Nye (Preface by), NASA (Photographs by)
List Price: $40.00
Our Price: $36.00
(Save: $4.00 10%)
Usually Ships in 1-5 Days
Take a tour of the universe with this breathtaking collection of photographs from the archives of NASA. Astonishing images of Earth from above, the phenomena of our solar system, and the celestial bodies of deep space will captivate readers and photography lovers with an interest in science, astronomy, and the great beyond. Each extraordinary photograph from the legendary space agency is paired with explanatory text that contextualizes its place in the cosmic ballet of planets, stars, dust, and matter—from Earth's limb to solar flares, the Jellyfish Nebula to Pandora's Cluster. Featuring a preface by Bill Nye, this engaging volume offers up-close views of our remarkable cosmos, and sparks wonder at the marvels of Earth and space.
Nirmala Nataraj is a San Francisco Bay Area–based writer with a background in science writing and a focus on photography.

Bill Nye is a scientist, engineer, inventor, and performer best known as Bill Nye the Science Guy. He lives in Los Angeles.

"Delve into the great beyond with these awe-inspiring photos from NASA's archive." -- Entertainment Weekly

"This glorious, pictorial tour of the universe opens with a foreword by everyone's favorite science guy, Bill Nye, who rightly reminds readers of the fragility of our planet. Following an introduction by the author, more than 100 photos gleaned from NASA's archives are showcased, beginning with photos depicting Earth from space (first captured by the Apollo program) and progressing through photos of the individual planets. Solar flares, nebulae, comet dust, satellite galaxies, and more are all here as well, in stunning color-enhanced images. Each picture is accompanied by a descriptive caption, offering information on the location of the phenomena, related planetary or interstellar history, and when and how the photo was taken." -- School Library Journal