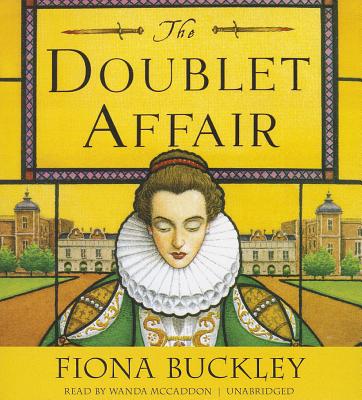 This is book number 2 in the Ursula Blanchard Mysteries series.

In To Shield the Queen, we were introduced to Ursula Blanchard, lady-in-waiting to Queen Elizabeth I and one of the most entrancing mystery heroines to come along in many a season. Having once saved the Virgin Queen from political disaster, now young Ursula faces an even greater challenge. Some of her old acquaintances may be plotting to overthrow Elizabeth in favor of Mary, Queen of Scots, and the reestablishment of the Catholic faith. Secretary of State Sir William Cecil needs a spy in the Mason home, and Ursula is the obvious choice. Torn between her devotion to Elizabeth and her longing to be reunited with her exiled Catholic husband in France, Ursula makes a difficult bargain that balances personal happiness against duty to her queen and country. Her journey takes her into dangerous territory, and whatever happens, she will never again be quite as trusting or secure.