Truth and Politics: Toward a Post-Secular Community (Hardcover) 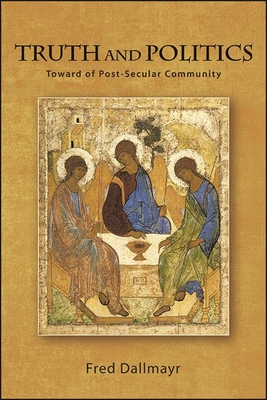 Truth and Politics: Toward a Post-Secular Community (Hardcover)


Usually Ships in 1-5 Days
Oppositions found in nearly every element of society readily give way to antagonism and hostility and, ultimately, to war and destruction. Both historically and analytically, this condition can be traced to an outlook called the modern paradigm, launched by Descartes' cogito ergo sum. The paradigm shift explored in this study is proposed on three levels: faith, society, and ecology. On the faith (human-divine relations) level, Fred Dallmayr suggests a shift where faith and world are seen in symbiosis rather than set against each other in the dualism that modernity has caused. On the societal (inter-human relations) level, he suggests a shift that would repair modernity's trend of sundering individuals from any communal background, which has caused people to increasingly act (solely) in their own interests. On the ecology (man-nature relations) level, Dallmayr explores how nature has responded to human exploitation and constant intervention, underscoring the need for a paradigm shift here as well. Truth and Politics seeks to remedy the underside of modernity and thus to inaugurate a postmodern (not anti-modern) and post-secular (not anti-secular) perspective.
Fred Dallmayr is Packey J. Dee Professor Emeritus of Philosophy and Political Science at the University of Notre Dame. His many books include The Promise of Democracy: Political Agency and Transformation, also published by SUNY Press.