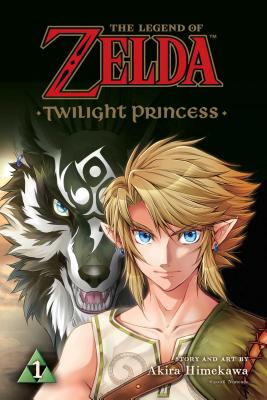 This is book number 1 in the The Legend of Zelda: Twilight Princess series.

Link must defeat evil at every turn in his perilous quest to help Princess Zelda!

Link once trained in swordsmanship, hoping to protect the world of Hyrule. After a fateful meeting, he sought out the anonymity and peace of life in a small village. But danger and adventure always find heroes to set things right, and when the dark minions of the King of Shadows threaten his new home, Link answers the call!
Akira Himekawa is the collaboration of two women, A. Honda and S. Nagano. Together they have created ten manga adventures featuring Link and the popular video game world of The Legend of Zelda. Their most recent work, The Legend of Zelda: Twilight Princess, is serialized digitally on Shogakukan’s MangaONE app in Japan.