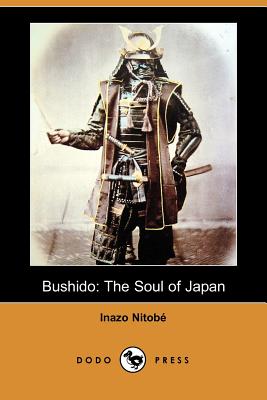 
Usually Ships in 1-5 Days
Inazo Nitob (1862-1933) was a Christian, agricultural economist, author, educator, diplomat, and politician during Meiji period and Taisho period Japan. He was in the second class of the Sapporo Agricultural College. In 1883, he entered Tokyo Imperial University for further studies in English literature and in economics. In 1884, he travelled to the United States where he stayed for three years, and studied economics and political science at Johns Hopkins University in Baltimore, Maryland. He was granted an assistant professorship at the Sapporo Agricultural College, but was ordered to first obtain doctorate in agricultural economics in Germany. In 1901 he was appointed technical advisor to the Japanese colonial government in Taiwan, where he headed the Sugar Bureau. He was appointed a full professor of law at the Kyoto Imperial University in 1904 and lectured on colonial administration policies. He is perhaps most famous in the west for his work Bushido: The Soul of Japan (1900), which was one of the first major works on samurai ethics written originally in English for Western readers.