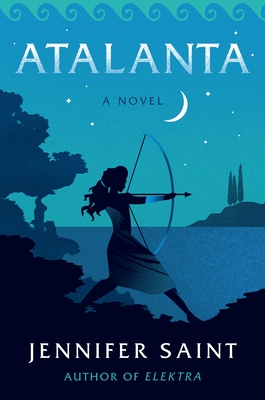 From the beloved, bestselling author of Elektra and Ariadne, a reimagining of the myth of Atalanta, a fierce huntress raised by bears and the only woman in the world’s most famous band of heroes, the Argonauts

When Princess Atalanta is born, a daughter rather than the son her parents hoped for, she is left on a mountainside to die. But even then, she is a survivor. Raised by a mother bear under the protective eye of the goddess Artemis, Atalanta grows up wild and free, with just one condition: if she marries, Artemis warns, it will be her undoing.

Although she loves her beautiful forest home, Atalanta yearns for adventure. When Artemis offers her the chance to fight in her name alongside the Argonauts, the fiercest band of warriors the world has ever seen, Atalanta seizes it. The Argonauts' quest for the Golden Fleece is filled with impossible challenges, but Atalanta proves herself equal to the men she fights alongside. As she is swept into a passionate affair, in defiance of Artemis's warning, she begins to question the goddess's true intentions. Can Atalanta carve out her own legendary place in a world of men, while staying true to her heart?

Full of joy, passion, and adventure, Atalanta is the story of a woman who refuses to be contained. Jennifer Saint places Atalanta in the pantheon of the greatest heroes in Greek mythology, where she belongs.

Due to a lifelong fascination with Ancient Greek mythology, Jennifer Saint read Classical Studies at King’s College, London. She spent the next thirteen years as an English teacher, sharing a love of literature and creative writing with her students. She is the internationally bestselling author of Atalanta, Elektra, and Ariadne.

"Circe fans would do well to take note." —Bustle